Would you like to switch to the accessible version of this site?

Don't need the accessible version of this site?

The messages that most will miss in the drama that unfolded at the US Open 2018. 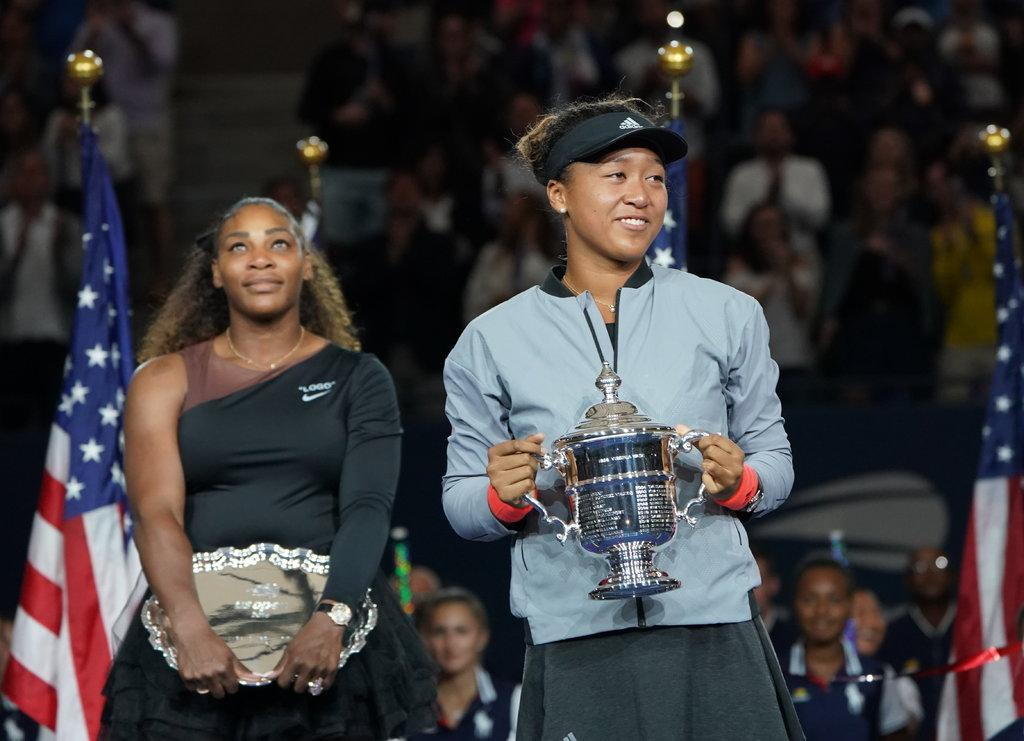 Naomi Osaka defeated Serena Williams in the 2018 US Open.  It was beautiful to see both of these beautiful brown powerhouses compete with one another.  However, the experience quickly turned bittersweet for them when the US Open Chair, Carlos Ramos chose to insert sexism into the match by chastising and penalizing Serena for her "tone of voice" when communicating with him. Apparently he was sensitive to being called a "thief" for taking away one of her points when in the past, he has been called much worse from male players of other races and did not make moves that would take away their game.  Ramos's actions not only stole the potential game away from Serena, but he also stole what could have been an epic moment of victory away from 20 year old Naomi.  The entire match has left behind negative stains.

Let's peel away the mental and emotional aspects that could make up the narrative for both of these ladies.

Naomi, born Haitian and Japanese in Osaka, Japan, was officially representing Japan in this match.  However, it is said that she is proud of her Haitian heritage and has had to continuously remind the media that she is Haitian-Japanese.  It is interesting that so many would like to remove the black part of her after her win in an effort to micro-aggressively keep the light from shining on such an important part of who she is.  Keep shining the way you are Naomi, we are looking forward to supporting you in your truth!

For Serena, her breakdown was not just about the treatment from Ramos.  This breakdown was triggered from the very beginning of her career.  As a child tennis star, the media would ask questions that hinted at her unraveling the Williams sister's (Serena and Venus) confidence in their talent.  Also, when there were more repeated drug tests for her as compared to other pro tennis players, not being "heard"  in the hospital when she was delivering her baby and was experiencing complications, the continuous attacks on her looks and comparing her with animals, not being able to wear her black jumpsuit that was designed to help her with potential blood clots after her pregnancy issues, and the list goes on, had an affect.  All of these emotions were triggered when Ramos treated her the way he did and she was tired of it.  Can you blame her?  Serena, you're strong, confident, talented, beautiful, and owning your power.  We see YOU!

The question becomes, why do so many women of color have to endure this type of treatment that tries to reduce our strength, our intelligence, our natural beauty, our beliefs of who we are?  Why do we have to work twice as hard, give double the effort to prove our greatness, and STILL be attacked?

There is more that can be discussed here.  Many of you have experienced these same attacks that make us doubt ourselves, lose our confidence, not exert our voices.  Perhaps even in our careers, social circles, and sometimes even in our own homes.  There is a cycle here and I can help you to find a way out and even break it so that you can allow yourself to win, and then win again and again.  Call me or schedule an appointment through my website so that we can address those areas that need attention.